6 times of workshops of "Lean Launchpad 2019" in a course of ToTAL/Practical Group Work for Leadership" were held in 1Q2Q 2019. And are being reported by Sameer Deshmurkh, 2018 AGL student.

The Lean Launchpad workshop is a workshop dedicated to teaching university students the application of the Lean Startup method, inspired by the techniques of Steve Blank from the United States.

It is basically a 6 session workshop which begins with an initial idea, tests that idea for growth as a business in the real world, and then iteratively revises the idea for maximum business impact.

This year, the workshops were held as a content of ToTAL's course of "Practical Group Work for Leadership" and guided and facilitated by Mr. Takashi Tsutsumi and Mr. Masato Iino from Learning Entrepreneur's Lab( http://le-lab.jp/) . 7 teams participated the program in total. Among them, 5 teams were built by about 20 students, including ToTAL students and OPEN students from Tokyo Institute of Technology, Hitotsubashi University, Waseda University, Keio University. The rest of 2 teams were built by about 10 employees of Weathernews Inc.( https://global.weathernews.com/).

The 7 teams along with their members and initial ideas were as follows:

In advance to the program, the selection process for the workshop involved submitted an application form with the business idea, followed by an initial pitch to 2 facilitators and Prof. Yamada. The 7 teams above were selected after they cleared this screening process.

Overview of the sessions

The 6 sessions were spread out over a period of 3 months between April and June 2019.

The first session on 13th and 14th April was held at the "Lectore Hayama" outside of Tokyo and was an intensive 2 day session which involved workshops for 2 full days and lots of team work activities.

This session was more of an introduction of what was to come and helped the participants become better acquainted with working with one another and also with the lean launchpad process workflow.

The participants were asked to come up with an initial business plan and value hypothesis by the end of this session and were tasked with verifying this hypothesis by the time of the second session. The verification was to be done by conducting interviews with actual users called "Early Adopters" (EAs), who are people who have the most immediate need for the value provided by the business and are willing to forego quality and 'completeness' in order to use this value.

The participants were asked to first come up with a hypothesis of an early adopter, and then use the data obtained from the interviews to identify the most likely candidates who would be EAs. They were also taught how to identify the proposition of needs of the user and identify them into actionable insights.

The second session on 26th April 2019 was a short 3 hour session mostly focused on reporting back the data from the interviewing conducted of the early adopters and trying to gain an understanding of exactly what kind of person has the potential to be an Early Adopter and who does not. This step also involves revisiting the business model and making changes to it such that the value proposition of the business can be modified depending on the needs of the early adopters.

We were then briefed about the concept of a Minimum Viable Product (MVP) that involves building a very simple prototype of the value proposition and showing to Early Adopters how the proposed value can benefit their lives. Again, we were tasked with verifying the MVP hypothesis by talking to the kind of people who we thought were Early Adopters.

The third session on 18th May 2019 was a longer full day session (8 hours) that focused on the finance side of the business, after spending the first half of the session giving presentations about the results of interviewing for the MVP. The participants were taught the concept of the "J curve" and assessment of risk to a business.

They were also taught how to create a financial statement of the business, and the concepts of prioritizing customer segments, market penetration, staffing, capital expenditure and income statements. The participants were encouraged to understand exactly how much revenue they will require in order to make a profitable business. At the end of this session, each team presented their financial model for their business and received feedback from the professors. We were asked to go out and talk to potential customer and assess whether the proposed financial model can be realized. 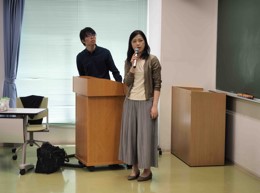 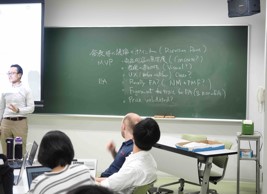 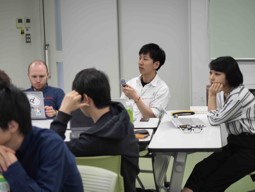 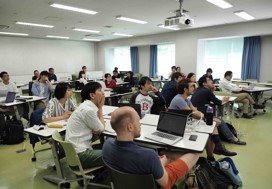 The fourth session on 31st May was a short 3 hour long session that involved presenting the results and possible changes in the business plan depending on the learnings from the previous session on financial modelling. We were then asked to review and possibly change our respective business plans to reflect the data collected from the interviews and the scale of the business that is needed for a profitable company.

The fifth session on 14th June was an introduction to the scale of the business that is needed for exponential growth and also an introduction to how the participants should be designing their business plan and showing potential for growth so that the business can reach a break-even point and grow in scale and profits. Until now the focus of the business plan was to focus on Early Adopters, but future business plans must have potential for growth into other customer segments focusing on late adopters. The participants were instructed on how these future strengths can be planned. They were then instructed on how the final pitch in the last session should be and how it should be approached.

The final session was conducted on 28th June 2019 and involved making a final pitch about the business to the organizers based on the learnings about the business plan over the past 3 months. The 7 teams made their individual pitches over the 3 hour long session, and team Teclat emerged as the winner of the Steve Blank Award. 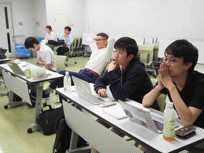 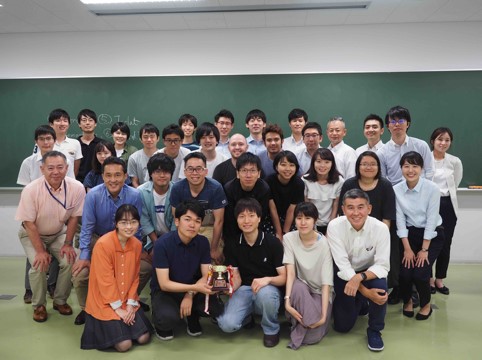