2020.01.29 Activity【Event report】Mr. Keiga Hosoda (2019 ToTAL student) participated in a panel discussion at an event hosted by Nikkei Inc., Promises of Universities 2019 - Co-creation Conference Towards the Year 2030-

【Event report】On December 5, 2019, Mr. Keiga Hosoda (2019 ToTAL student) participated in a panel discussion at an event hosted by Nikkei Inc.
He appeared on stage for the student session held in the morning of the event, Promises of Universities 2019 - Co-creation Conference Towards the Year 2030-. 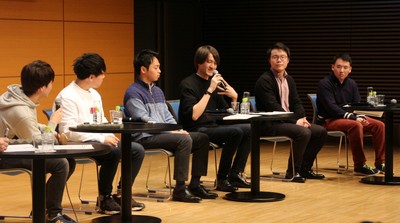 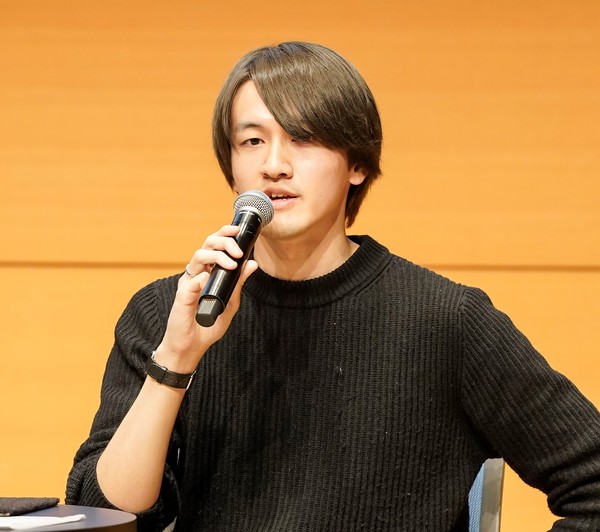 The theme of the student session was "What people creating the future are studying right now towards Society 5.0?"
5 other students from Kwansei Gakuin University, Seikei University, Chuo University, Toyota Technological Institute and Waseda University joined him on stage to speak and exchange opinions on what made them decide to enter their universities, what they have learned and experienced, and what their future plans are. 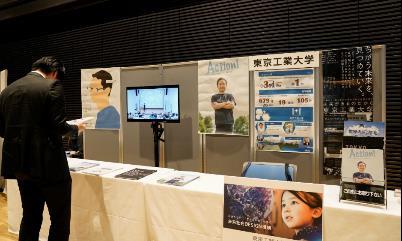 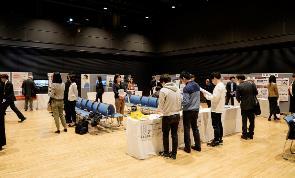 Exhibition space of supporting universities for the event including Tokyo Tech

Mr. Hosoda spoke to the audience that the Great East Japan Earthquake became one of the main reasons he chose to enroll in graduate school at Tokyo Tech and that he learned many things at ToTAL, especially through interaction with fellow study abroad students.
At the end of the session, he concluded that he wants to "shine a light on people who may become forgotten or "slip through" in history, like sand slipping through your fingers, and make a world where those people can realize that the world is not as bad as they think it is."

■For more details: (in Japanese only)
http://adnet.nikkei.co.jp/a/daigaku-yakusoku/page04.html 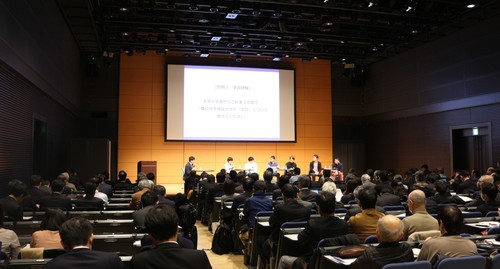