2020.09.14 ActivityRecognition of Social Issues Workshop I #1: Negotiation process for consensus building -Day 1 was held on 20th of June, 2020 and Day 2 was held on 27/Jun. (reported by Oleksii Kyrylchuk, 2019 ToTAL student and Marcello Gecchele, 2020 ToTAL student)

On 20th of June, a specially appointed assistant professor from Rikkyo University and a graduate of the Tokyo Tech's AGL program, Mayu Watanabe, joined 20 ToTAL and OPEN students in discussing and practicing the art of negotiation.

The 4-hour long workshop had it all - the students were able to learn about different negotiation styles and techniques from a lecture given in both English and Japanese, and then ventured out into practicing their newly-obtained skills by negotiating with other students. 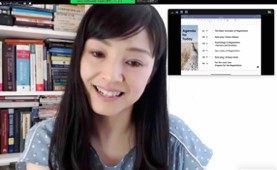 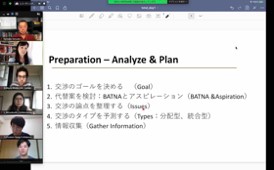 One of the most interesting concepts of the lecture was introduced in the form of the following problem:

Imagine that you're a father of two daughters.
One day, you walk into their room and see them fighting over an orange.
What do you do to resolve the fight?

When hearing this, most people instinctively say "Split the orange in half!", as did most of the students in the class. However, while it seems very fair it's not the best way to resolve this issue.

What could the solution be? Some students suggested to just take the orange from the girls or to throw it away - after all, "out of sight, out of mind". But it wasn't the answer either.

All of them treat negotiation as a zero-sum game - a game in which you either win or you lose; this technique is called "distributive bargaining".

Turns out that there is a better way to solve this! You can achieve the best results by asking the girls why they want the orange. If you do this, one will say that she's thirsty and just wants the insides to make some orange juice while the other one wants the peel to bake a cake with it.

If you look under the basic problem and into the people's intentions you will be able to satisfy the needs of both sides and turn the "win-lose" game into a "win-win" one. This technique is called "integrative bargaining". 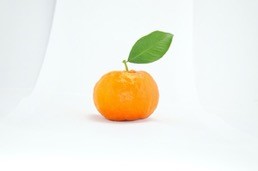 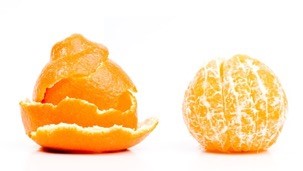 The culprit          A creative solution to the problem(Source) 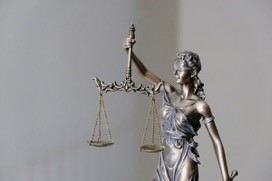 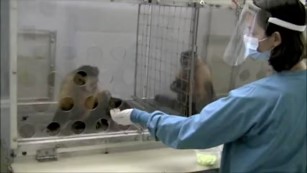 Perfectly balanced, as all things should be      Even monkeys like fairness!

Another interesting idea covered in the lecture was the concept of fairness. Turns out that people can reject a deal that is beneficial for them in every way if they think that they're being treated badly.

If the stranger was acting rationally, even a $99-$1 split would be OK for them. After all, they are getting $1 "for free", so why not take it?

But turns out that most people refuse such a deal, just to spite the person on the other end of it (even if it results in a loss on their side as well). And they'll reject most deals that aren't at least remotely fair - and you're giving away more than $30.

And it's not just humans either! Scientists have tried a similar experiment with monkeys - and as you can see, even though the monkey on the left was eating their cucumbers just fine before the monkey on the right started getting grapes, as soon as they sense some unfairness they start rebelling against the system.

Of course, it's impossible to convey everything that our class experienced during the workshop through a simple article. There was much more to it - interactive games, personality quizzes, and passionate discussions, not to mention a chance to speak with and ask questions to professor Mayu, which dedicated a large part of her life to studying negotiation.

The second day of ToTAL's Negotiation Workshop was held on Saturday 27th June. Hosted by Dr. Watanabe from Rikkyo University, the workshop aims to educate about negotiation and mediation through first-hand experiences. 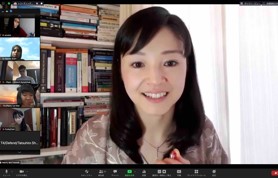 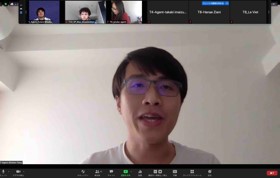 In this second meeting, we were introduced to two role-play scenarios. The first scenario depicted a sporting goods company willing to expand their catalogue with a new basketball shoe line. To facilitate the initial sales, the company contacted a promising NBA rookie for a sponsorship deal. However, despite showing great promise as an athlete, the rookie was infamous for his bad attitude. We, students, were paired into groups, where one of us would act as the president of the sports company while the other would act as the agent for the player. The goal for both students was to negotiate to the best of their ability to obtain an advantageous deal.

Each student was assigned a role a week before the meeting. We received very detailed instructions tailored for our role and were specifically told not to share them. This was important, as secrecy is necessary to better simulate real life. I particularly appreciated this detail, therefore I paid attention to leave out all secret information from this article. 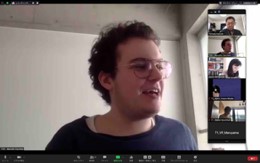 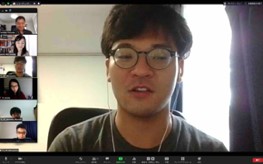 This activity was a great way of testing my negotiation and persuasion skills. I was assigned the role of the agent for the NBA player and overall I was satisfied with the agreement. The best part of this simulation was the analysis conducted afterwards by Dr Watanabe in which the best practices to close business deals successfully were exposed. Moreover, we had the opportunity to receive precious feedback from our partners on the particular aspects of negotiation in which we failed or excelled during our role-play.

In the second activity, the role of mediator was introduced. The objective of the mediator is to achieve a peaceful resolution between two arguing parties. A mediator does not gain if either party wins and his or her only job is to facilitate negotiation. In this role-play, the mediator had to oversee a dispute between a family-owned business and a client without any prior knowledge of the situation. The student playing the mediator had to inquire and hear of the accident in contention from both parties and help them reach an agreement. In this particular case, a client was threatening a laundry with a lawsuit over some particularly expansive articles of clothing that were destroyed. 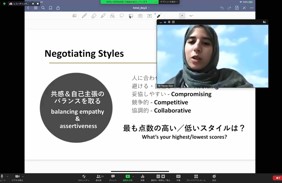 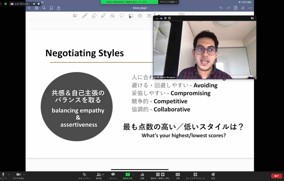 I had the privilege to play the role of mediator which I found quite difficult. In our daily lives, we are used to constantly judge situations and events, but mediators are trained to forget this skill and embrace impartiality. Challenging myself to take this role was fascinating as I rarely am in these kinds of situations. After this experience, I believe that mediation is necessary for leaders who aim to preserve a harmonious work environment.

Overall, I was very satisfied with the workshop and I would recommend it to anyone, especially if you are interested in learning about negotiation and mediation in a fun way with role-playing activities. 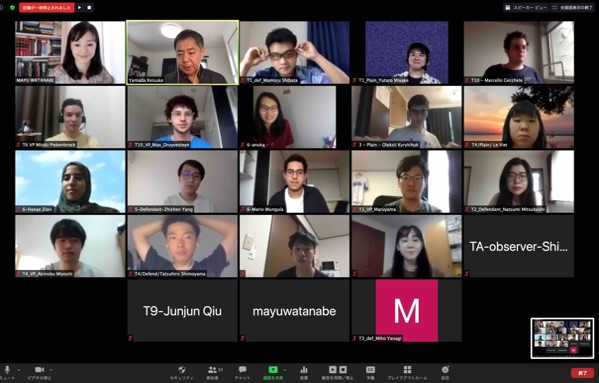 Why not experience it yourself?

ToTAL classes are open to all Tokyo Tech students - feel free to email yamada.k.be@m.titech.ac.jp if you want to learn more about them!