The 1st ToTAL student meet-up was held on April 21, from 18:00 to 20:00 in the Workshop Room of Taki Plaza. The event had been postponed due to COVID, but we could conduct it as a face-to-face event this time. This event was planned mainly by student facilitators and aimed for students to get to know each other and make friends with new people through games. Although the event was named as a social event for ToTAL, it was not only for ToTAL registered students but also attended by potential ToTAL students interested in the program. The following is an introduction to this event.

1. Report on the off-campus project 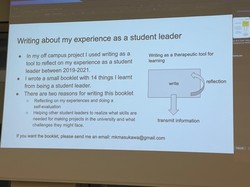 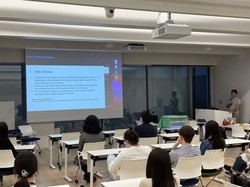 Before the meet-up event, Marcos Kunihiro Masukawa-san presented his off-campus project and spoke about his experiences as a student leader between 2019 and 2021. The content was all strongly related to leadership, such as communication challenges, team building, and the importance of information sharing. We learned many things, such as how to overcome the language barrier.

2. Self-introductions with a lie 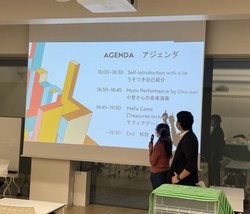 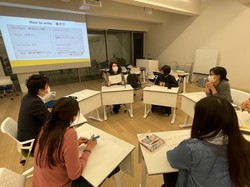 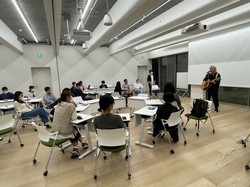 Next was a live guitar performance by Ono-san, who entered the doctoral course this year. He performed three songs, even though he had only a short time to prepare. The songs he played were Kazuyoshi Saito's "Much Admired," Ryo Nishikido's "Code," and SMAP's "Yozora No Muko." All of these were filled with emotion, and the participants, including me, were absorbed in his performance. According to Ono-san, he felt extremely nervous, but the performance was so powerful that he didn't seem nervous at all!

4. Mafia game with a treasure 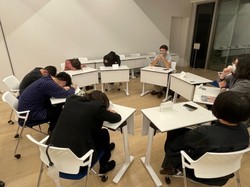 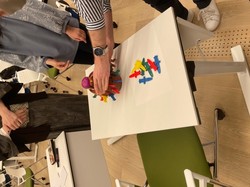 The last event of the meet-up was a game called "Mafia Game," which is almost like a werewolf game, plus a treasure hunt element using the Blackbeard's Crisis Game, played by two teams. The outline of the treasure hunt was that the mafia hid the treasure in envelopes, and the citizens had to beat the mafia in the Blackbeard game to find out which envelope contained the treasure. Each team was unique. In one team, the knights kept protecting the citizens and did not reduce their numbers. In contrast, in the other team, the mafia successfully reduced the number of citizens one after another. What was particularly impressive was that both teams transcended language barriers by using both Japanese and English to engage in heated discussions about who the mafia is. The discussions were lively and exciting.

I originally heard that there would be only about 10 participants, including the facilitator, but as many as 23 people attended the event, including walk-in participants.

I was a member of the facilitators and mainly supported the event. Still, it was fresh for me to have the experience of proposing and carrying out our plans and sometimes facilitating in English for the first time. Before the program, I wondered, "Will communication between international students and Japanese students who are not used to English be successful? Will my English be understood properly by the participants?" However, thanks to the support of the facilitators around me and the participants' cooperation, it was a very meaningful time for me.

Depending on the spread of the epidemic, we may be able to conduct more face-to-face activities this year, such as debriefing sessions for off-campus projects, which were conducted online last year. We hope to continue holding such events when we can, or when new students enroll so that not only ToTAL students but also other students can interact with each other and create many opportunities to make new friends and connections. 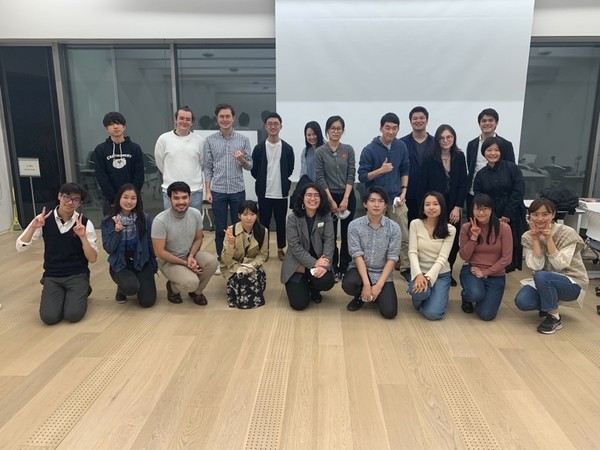