When asked to picture what does a scientist look like, what do you see? Members of the Tokyo Institute of Technology were recently invited to a two-part virtual event sponsored by Google's Women Techmakers Program (WTM) and the Tokyo Tech Academy for Leadership (ToTAL) to reflect on this question. The virtual event was coincident with the 2021 International Women's Day scheduled on March 8, 2021 with the theme #ChooseToChallenge.

The first part of the event was a virtual screening of the 2020 Tribeca film "Picture a Scientist." Those who signed up were allowed to watch the film through an exclusive website from March 6 to 8, 2021. The film follows the journey of three female scientists and the people around them as they fight harassment, unequal resources, and lack of recognition for women and other minority groups in Science, Technology, Engineering, and Mathematics (STEM) academia. The participants were encouraged to reflect on a few questions before watching the film and see how their views have changed afterwards. In total, 48 people signed up for the event. Personally, I thought before watching the film that I have sufficient awareness about problems with diverse participation in STEM academia, but the film was still eye-opening. I would like to talk more about the portions of the film that I found moving, but I would rather that people join us in future events and see for themselves.

The second part of the event was a casual discussion held via Zoom on March 9, 2021. It was attended by three organizers and five participants. The organizers were made up of ToTAL staff, faculty, and open student. Two of the participants are faculty members and the three others are students, two of whom are males. We first had a twenty-minute breakout session where discussions were done in groups of three before having a discussion as a whole group. During the discussion, the participants and organizers alike were able to share their personal experiences, analyze what is the current situation in Tokyo Tech in terms of inclusivity training, reflect on why some negative thoughts remain pervasive in the society, and exchange research materials related to diversity in academia. We were introduced to new concepts such as social memes (behavior, idea, or style passed from one person to another) and intersectionality (different aspects of a person result in different modes of discrimination). The discussions both in the breakout and the big group had been engaging, we were able to consume 90 minutes even though we were only eight and most of us have met each other for the first time.

I learned that there is interest in having a continuous effort to promote diversity, equality, and inclusion in Tokyo Tech. I hope that we can do similar face-to-face activities once the pandemic situation improves. It will be great if more people can join us. Until then! 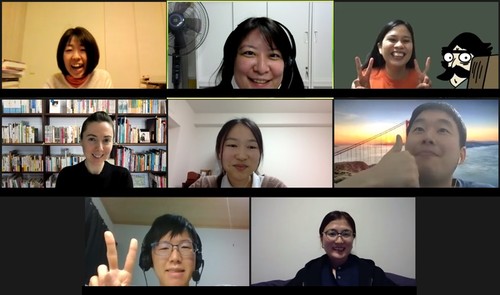